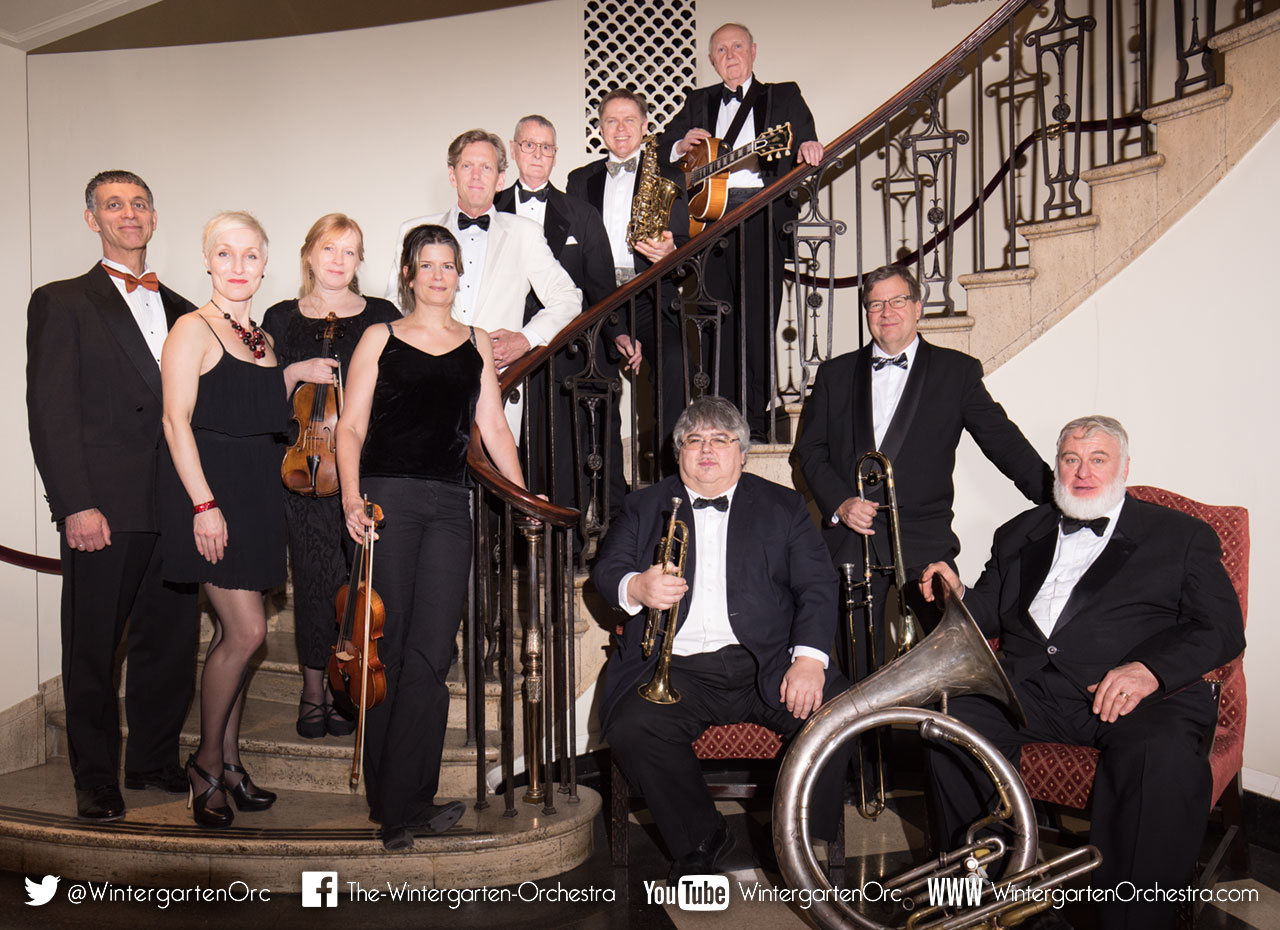 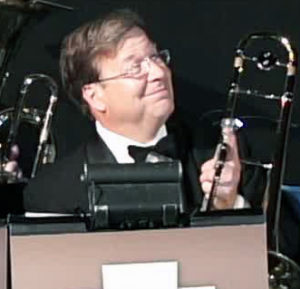 Bill Beecroft has played trombone with everyone from Sharon, Lois and Bram to Wayne Newton, and ran a popular dance band in Toronto for many years. Currently the principal trombone in the Mississauga Symphony, it’s anyone’s guess why he’d want to start another band, let alone a high-class, musically accurate, top professional group like the Wintergarten Orchestra. (But we’re glad he did!) 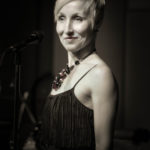 Sassy? You bet! Tanya started her show-biz career as a dancer, then quickly became involved in music theatre (she graduated from the prestigious program at Sheridan College), then opera, blues, jazz and big band. She’s performed such diverse roles as Cherubino in Mozart’s “Marriage of Figaro” to Eva Peron in “Evita”. Tanya says “the music of The Wintergarten Orchestra holds a particular allure for me as it offers an array of styles from french Chanson to Berliner lieder, saucy and energizing.” (Like Tanya.) 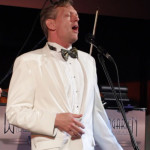 More than multi-talented (mega-talented?),  You’ve probably already been charmed by Ted with his sunny voice (perfect  for these great songs!) ,his magnetic stage presence and even his loopy musings at the mic.  Ted is an accomplished stage and screen actor, starring in the CBC series “Nothing Too Good for a Cowboy”, CTV’s "Sue Thomas, F.B.Eye” and many more TV shows and feature films (See his Imdb profile here.) Stage credits include “Scar” in the Lion King in Toronto. Also, he makes short films.  (You can see his editing work on our video highlights). In his spare time, Ted is a gourmet chef, sommelier, champion arm-wrestler and clairvoyant. 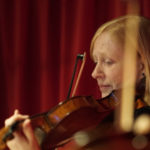 Jane graduated from University of Toronto with a Bachelors degree in music performance.  Since then she has worked as a freelance violinist with various classical and pop ensembles from string quartets to Canadian Idol, and has taught students young and old.  Jane grew up in a musical household where she was surrounded by the great old tunes that she now enjoys playing with the Wintergarten Orchestra. 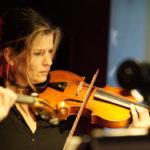 Erica is one of the most in-demand violinists in the Toronto freelance scene. You can hear in the city’s best chamber groups, orchestras and frequently in theatre pits playing the big musicals. When she plays “Jalousie” with the Wintergarten Orchestra, audience members have been known to swoon. 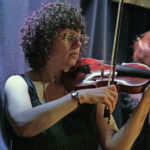 Valerie Sylvester enjoys an eclectic career playing modern violin and viola as well as baroque violin and bass viola da gamba. She received a Master’s Degree in violin performance from the Mannes School after completing undergraduate studies at the University of Toronto. She is concertmaster of Niagara Symphony, Opera York, Talisker Players Choral Orchestra, and is a founding member of Nota Bene Baroque Players.  She joined the Wintergarten Orchestra in late 2014 and is thrilled to be playing this great music with such an illustrious band.-- “What I love about Wintergarten Orchestra is not just that it does such a great show—it’s that it’s done so well that it’s like musical time travel!” 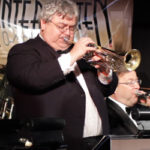 Sandy is one of Canada’s top trumpeters and a master of several styles of music. His powerhouse playing has backed up stars like Tony Bennett, Natalie Cole and Hugh Jackman, and was featured in many major Toronto theatrical productions such as Cats, Show Boat, Sunset Boulevard, Ragtime, Hugh Jackman in Concert and The Book of Mormon. 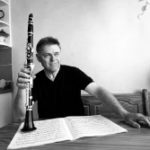 John MacMurchy is a performer, composer and recording artist, with four CDs to critical acclaim and international airplay. John has worked with international artists as varied as Warren Vache, Howard Alden, Guido Basso, Henry Mancini, Cleo Laine, Linda Ronstadt, Carol Channing, Peter Appleyard, John Dankworth as well as being in demand as a sideman on the Toronto scene. He joined The Wintergarten Orchestra in 2015. “What I love about Wintergarten Orchestra is the music and the musicians. It’s technically demanding music that’s readily accessible and performed by some of the finest musicians I know. We work hard and we have fun and that makes for a rewarding concert experience.” 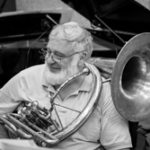 A native of Prince Edward Island, Herb has a short attention span, and plays bass trombone,tuba,euphonium, baritone,bass sackbut,ophicleide and serpent. He’s played all those instruments with (not surprisingly) a wide array of musical groups from the Toronto Symphony, National Ballet and Esprit orchestras, to musical theatre, the Hannaford Street Silver Band, Tafelmusik and Opera Atelier, and the Canadian Opera Company orchestra. Herb’s an old brass instrument nut (it’s a helicon he plays in the band, NOT a tuba, that’s the same age as the music we play)  and has even designed and built, for the Canadian Opera Company (where he plays bass trombone)- a contrabass trombone and set of stierhorns for Wagner’s Ring Cycle (2006), a set of six Aida trumpets (2010) and a unique, one of a kind, wooden trumpet for Tristan Und Isolde (2013). There are at least fifteen instruments you’ve never heard of in the preceding paragraph. 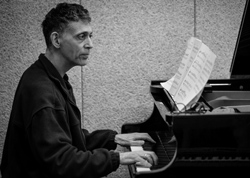 Jordan Klapman is a professional music educator and performer. A versatile solo and ensemble pianist, accompanist, bandleader, music director, composer, arranger, vocal coach and recording producer, he has more than thirty years’ worth of  experience performing many different genres of music, ranging from  jazz standards of The American Popular Songbook and Broadway, to Latin, R&B, classic pop, and Jewish music of all kinds. Jordan’s vast experience and musical contributions  are a great addition to the Wintergarten Orchestra. jordanklapman.com 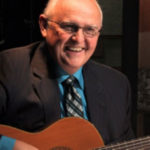 Though he’s not as old as the music, Bill knows enough about it to make trouble. An Alberta native, he’s been in  Toronto since 1971, where quickly became in demand, working with local leaders and touring greats including Howard Cable, Guido Basso, Bobby Edwards, Hagood Hardy, Phil Nimmons, Art Van Damme, and Red Norvo.
He’s recorded jingles, albums, movie scores, and TV & Radio broadcasts, and backed some of the biggest show-biz names to visit Toronto including Lena Horne, Ella Fitzgerald, Peggy Lee, Eartha Kitt, and Vic Damone. For many years he served as Musical Director and guitarist for John McDermott, and was a member of the Shaw Festival Orchestra for a number of seasons. Bill’s stunning arrangements for the Wintergarten Orchestra make the band sound as good as it does! http://www.bridgesconcerts.com/ 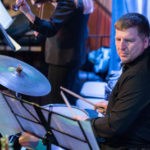 Kevin hails from Newfoundland, where he began a love affair with things that make noise at an early age. He hasn’t stopped since, experimenting with the textures of percussion and playing with Big Rude Jake, Jack Zorawski and Joel Miller. He studied music with Andre White at McGill University and has performed at the prestigious Montreal Jazz Festival and the Sound Symposium in St. John’s. Kevin is interested in time travel, perpetual motion (it’s what he does best) and tricycles.

Scroll back to top